“In Texas, we have the death penalty and we use it. If you come to Texas and kill somebody, we will kill you back.”

Rarely seen without a drink in one hand and a cigarette in the other, Comedian Ron White has had a life that’s taken him from the cassette racks of truck stops to the world of arenas and movies, yet he is still just known as “Tater Salad.”

The legend behind the Fritch, Texas, native’s well-known moniker centers on a comment made in jest to an arresting police officer. He told the police officer that he had committed a crime in the past using the nefarious pseudonym “Tater Salad,” and the police officer believed him. A Laughing Hyena legend, Ron has entertained millions of people across the world.

Ron White, also known as “Tater Salad,” is a comedian and actor who’s made a name for himself with their unique brand of observational humor, storytelling, and of course, his love of cigars and scotch.

Ron has always been a storyteller, whether it be about his childhood in a little town in the center of Texas oil country, his time selling windows in Arlington, or his life as a nationally touring stand-up comic. He was a struggling comedian for twenty years, performing in clubs and driving his beat-up Nissan pickup truck to make ends meet. He paid his dues.

White began his career in the entertainment industry as a stand-up comedian. He quickly gained popularity with his observational humor and storytelling style, often incorporating his experiences as a former Navy SEAL, his love of cigars and scotch into his act, and his obsession with the color beige.

In 2000, White joined forces with fellow comedians Jeff Foxworthy, Bill Engvall, and Larry the Cable Guy to form the Blue Collar Comedy Tour. The tour was a huge success, selling out venues across the country and eventually leading to a television series and several films. White claims the tour was successful because it was the first time four comedians had come together to talk about their shared love of Red Man Chewing tobacco.

In addition to his stand-up comedy career, White has also appeared in several films and television shows, including “Horrible Bosses” and “The Ranch.” He has also written several books, including “I Had the Right to Remain Silent…But I Didn’t Have the Ability,” which became a New York Times bestseller. He claims his book only became a New York Times Bestseller because the title was too long, and nobody bothered to read the book.

Currently, Ron White continues to tour and perform stand-up comedy, with his latest tour being called “The Ron White’s Salute to the Troops Tour,” where he salutes the troops with a glass of scotch in hand. He also has a brand of cigars and scotch called “Number Juan Tequila” and “Bad Ass Cigars.” He supports several charitable organizations, including the Armed Forces Foundation and the Ronald McDonald House Charities, because he believes that even the troops and kids in need deserve a good smoke and a drink. 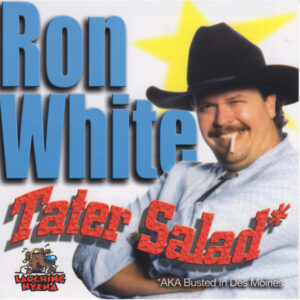 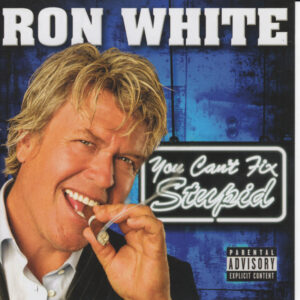