Don Whatley won the Overdrive Magazine & Red Eye Radio Trucker Talent Search a few years ago from a crowd of talented trucker singer-songwriters. Featuring such songs as “American Trucker”, “Get Er’ Done” and “Tears of Pride”, no wonder the crowd went wild.

Not only did Whatley write and record the songs on the album, he oversaw the graphics. Most of his CD sales were to truckers who overheard him playing his songs on the CB. who bought his CDs from him in the truck stop parking lots. 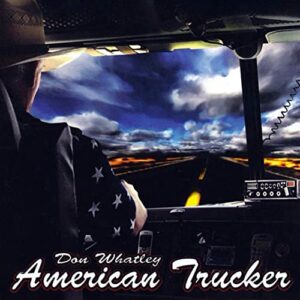