Lisa Lyric’s music is a breath of fresh air. Her angelic voice and sweet nature make her a crowd favorite as she cleverly weaves the fears and failures of relationships into humorous verse. Armed with an acoustic guitar and some crazy experiences, she immediately captures her listener’s attention and then takes them on a very unexpected journey!
Her songs are all original with a country twang! Her show is definitely for mature audiences only. Not only does she bring the laughter to the comedy stage, she’s been known to make audiences roar at Burlesque and Variety Shows!
She self-released her debut EP titled “Dirty. Little. Thoughts.” in 2018. She won the Burbank Comedy Festival Regional Competition in Houston and advanced to the Finals in the 2018 International Songwriting Competition! In 2019 she found herself opening for Stormy Daniels and then taking a trip to perform at the NY Comedy Music Festival! That year she also landed in front of the camera for the production of  “Just the Bit” comedy sitcom where she was a contributor and writer for their ‘dirty little ditties’. Then, in 2020, she partnered with Arnie Hoffman of Laughing Hyena Records to bring you her first full length album, “Hooker Heels”. If Laughing Hyena Records sounds familiar, its because of their partnerships with great comedians such as Jeff Foxworthy, Jay Hickman, Monigue Marvez, Ron White and Larry Pierce. The album release is set for late March 2020 and can be found on all streaming and downloading sites including Spotify and SiriusXM. You might even find it at a truck stop or two! 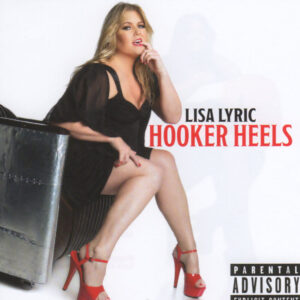