As delightful a man as you would want to meet makes a tour of one-nighters between comedy clubs. Married but still affable his routine has been honed over decades of experience. We recorded him in a Louisville comedy club where he brought down the house. With clean humor, if you can believe it. He says “I am 53. I’m supposed to be 54 but I was held back a year. My wife is a god in my house. An old testament god. She is a vengeful god; she is a wrathful god.

He talks about his drinking. His friend in the bar tells him the answer to your problems is not at the bottom of that bottle”. “You’re right”, so I bought myself another one. “You never know which one they are going to put it in”.

Here is another funny sample: Doctor’s office. Old man is 85 years old and hard of hearing. He is in for a complete physical examination. Doc says “I need a sample of your blood, your urine, and your stool”. “What did he say”? She said “Give him your underwear”. 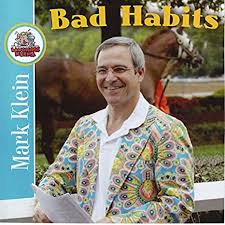