Tom Cotter chooses each word with surgical precision, fitting for the son of a neurosurgeon. His well-crafted act is an exercise in perfect comedic word placement. Born in Rhode Island Tom is half Irish and half Scottish. _____________________________________Fill in your own drinking joke here.
Tom takes a hilarious look at men and women’s’ relationships and also father-son relationships, maybe because his father had preconceived notions about his son’s career path. But Tom is on a trajectory for prestige and status in his chosen field, telling jokes to strangers in bars.
Seriously, as we write this Tom just finished second on America’s Got Talent where the grand prize is $1 million. He lost to a dog act. He has won a few comedy festivals before. Listen in to find out Tom’s unique take on the English language. He will have you rolling in the aisle. 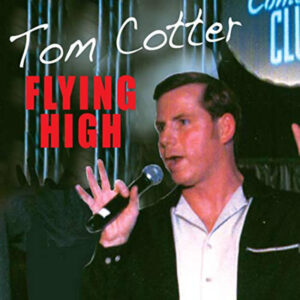