Larry Reeb is based in Chicago, where he’s become a staple of the many clubs in the comedy-friendly city. He has a long tradition of hard work behind his less-than-PC humor. With a tireless touring schedule that’s inspired a devoted following, there’s a reason “Uncle Lar” has become a beloved staple of the comedy circuit. If you love snappy comedy, Reeb’s work might be your new favorite thing.

Larry Reeb’s first professional recorded and released performance dates back to 1987 with an appearance on Showtime Comedy Club Network. From there, he’s been a regular in stand-up. Reeb appeared on such specials and shows as Comic Strip Live, New Year’s Eve at Zanies, and Opening Night at Rodney’s, across a vast number of networks. Reeb also appeared in the classic standup tape Totally Tasteless Jokes.

One of Reeb’s most prominent appearances was on the NBC hit Last Comic Standing. Reeb auditioned for the show in 2006 and gained some exposure when he made it as far as the second round of the quarterfinals. This opened his comedy to an entirely new audience.

Today, Reeb appears regularly on the radio. He’s a familiar guest on the famous Bob & Tom Show, which is syndicated in over 100 markets Reeb also frequently appears on Sirius XM satellite radio, a fitting place for his off-the-wall humor.

Reeb’s Chicago roots are never hard to spot. New Year’s Eve at Zanies aired on the Chicagoland staple WGN. Reeb appeared on “Chicago Sports Profiles” hosted by Tom Dressen on Fox Sports Network. Reeb frequently appears at events in town such as the Chicago Comedy Fest and the Chicago Music Awards. No wonder he was voted Chicago Comedian of the Year.

Reeb keeps a busy schedule on the road. In December 2022 alone, he had dates in Kenosha, WI; Vero Beach, FL; and McDonald, PA. He closed the year out with a New Year’s Eve show in Uniontown, PA. It’s a busy life as a comedian on the road, but Uncle Lar is always out there for a reason. He’s so in demand, he even frequently books private shows to perform for small audiences who love his work.

Reeb’s a low-key guy, so his Internet presence is limited. However, he does keep an active Facebook page and a Spotify profile. He also maintains a website where you can see where Uncle Lar will perform next! 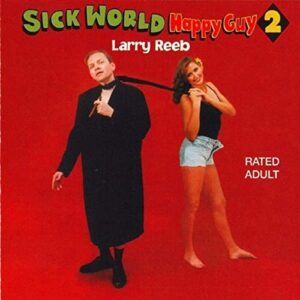 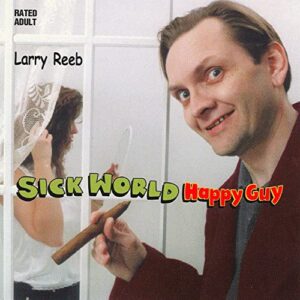