Willie P. Richardson walks into the office one fine day in 1995 and plays for us the funniest phone prank album we have ever heard. At the time there were no other phone prank albums to speak of on the market and we correctly figured out we could be on the leading edge of a new comedic art form. We have two of Willie P. Richardson’s albums on Laughing Hyena Records. Willie went on to record more albums.

Getting national airplay on various format radio stations, Willie P. believes in clean, family humor and that is what he delivers. On CD and in-person during his frequent concerts. He won the annual Cammy award recently as the “Comedian of the Year”.

‘Switchin’ Babies’ is one of the best Willie P Richardson prank calls, featured on Phone Pranks. The premise of the call was that the hospital had accidentally sent the wrong baby home with Willie’s daughter, and he wanted to return it and exchange it for the correct one. The call was so funny that Willie and his friend took it to the hospital to share it with the nurse and all of her friends. They were all in tears from laughing so hard. And thus, Willie’s career as a recording artist and radio personality was born.

Maybe you have seen the two-minute video called “Large Bus Rider” where a man tries to bus his sister to Fort Worth as cheaply as possible. But she takes up two seats. Or maybe she can ride down below with the luggage and her chicken. If not, check it out here on our Youtube channel!

Buy one of Willie’s two albums to enjoy with your family or give as a gift…or both…and do not worry about embarrassing anyone. Even Willie P.’s victims are not made fun of. All in the name of good clean fun. 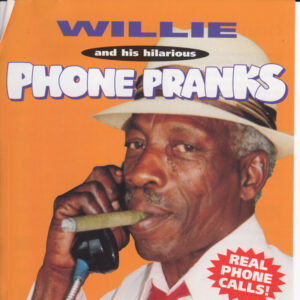 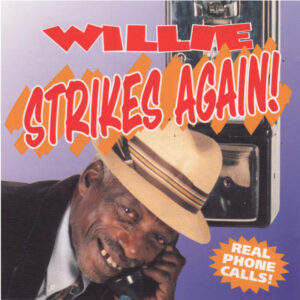