Thea Vidale don’t lie. What you see is what you get. She is an honest, warm, sometimes confrontational, larger-than-life comedienne who goes over the speed limit but gets away with it.
Her career started in Pasadena as a waitress. Her happy customers urged her to go on the comedy stage and she thrived and rose through the ranks. After appearing on Laughing Hyena’s “Comedy’s Dirty Dozen” and recording a CD for us, the response was so positive we asked her back for more. And she delivered two more primo albums.
Having four children and a Caribbean ex-husband gives her a wealth of material and we have captured a lot of it for you. Once when performing in Japan she performed for two and a half hours straight. In fact, she has played all over the world. And had her own ABC network sitcom. Her warmth, wit, honesty, and wisdom keep her fans coming back for more.

Thea Vidale “Down And Dirty” 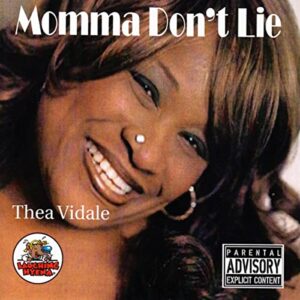