If you’ve heard of Monique Marvez before, join the club! She’s quite popular in the comedic world right now and likely will be for years to come. Monique Marvez is a renowned Latina comedian with an uncanny ability for stand-up comedy. Marvez has appeared on three Showtime specials, including the Alma-nominated Snoop Dogg Presents the Bad Girls of Comedy, The Latin Divas of Comedy, and even a one-hour comedy special all her own called Not Skinny, Not Blonde. The latter is available on Amazon Prime. Did we mention she’s released a book under the same title?

After debuting at the Montreal Comedy Festival in 1992 (and being a repeat headliner after that), Marvez’s charm and improv skills have continued to appeal to comedy lovers year after year. Monique Marvez steals the stage at every show. She’s currently touring worldwide with Israel on the horizon in early 2023. Marvez is fluent in Spanish and skilled in what seems to be every form of entertainment. If you asked her how she got her start, she might tell you about participating in the Indianapolis morning radio.

Talk shows became a regular part of her career early on, and she once even won the Million Dollar Morning Show Contest hosted by San Diego’s JackFM, which earned her a spot on iHeartRadio–not to mention her own show, which aired between 2006 and 2009. From stand-up comedy to hosting and podcasting, Marvez has spent the last 25 years taking the world of media, culture, and entertainment by storm. This is one fantastic woman you won’t want to miss!

Even HBO Max has had its turn at featuring Marvez! One thing’s for sure, and it’s that modern stand-up comedy wouldn’t be the same without her. She also writes, produces, and delivers a weekly talk show, “The Monique Marvez Show,” on LA’s KFI AM 640 every Saturday night, followed up by the scintillating “3rd Hour” Podcast.

The Lady of Comedy

Marvez has worked with some of Hollywood’s biggest A-Listers and appeared on top-notch comedy shows for HBO, ABC, and more. She’s no stranger to television either, appearing and writing for Barry Diller, Dick Wolf Productions, and NBC Universal. Best-selling author John Gray even invited Marvez to write the touring stage show of his book Men Are From Mars; Women Are From Venus.

Marvez’s brand of classy comedy even led to her traveling as part of the Fox Sports Espanol VIP promotional tour. Marvez’s 20-year career in radio was balanced with performances for the military and luxurious cruise ship bookings. For her entire career, she’s been in demand for her on-point humor and electrifying personality.

Even now, you can find the talented Monique Marvez touring the world on high-end cruise ships, entertaining crowds of people with her wit. As the most prominent Latina comedian, it is evident that her success will only continue to grow from here on out. This lady deserves our recognition, and it’s easy to see why. She’s performed on five continents and frequently performed for the USO (United Service Organization) during wartime.

With razor-sharp wit and snappy punchlines, her direct and feminine comedy continues to make her one of the most sought-after headliners in comedy. If you haven’t listened to her stand-up comedy, check out her recordings here at Laughing Hyena Records. With 25 years of experience on stage, television, and radio, Marvez’s clear voice will delight audiences. See why this lovely lady has had such a successful career by listening to her skit, “Hindsight Is Sooo 2020.” It’s an utter delight. Enjoy this collection of Marvez’s clever comedy skits on Youtube, Apple Music, Spotify, and Amazon Prime! 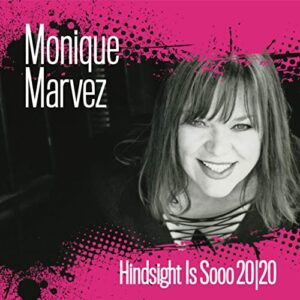 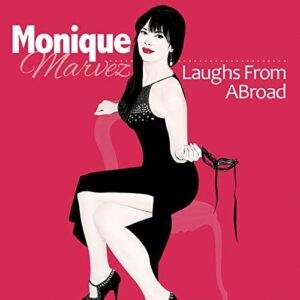 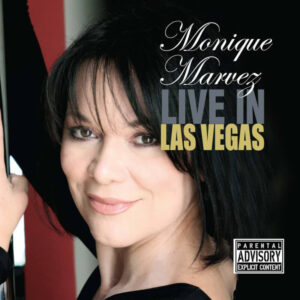 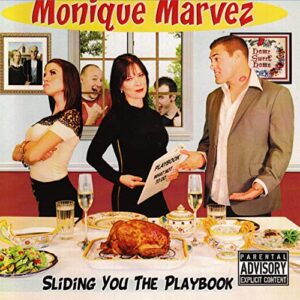 Monique Marvez “Sliding You The Playbook” 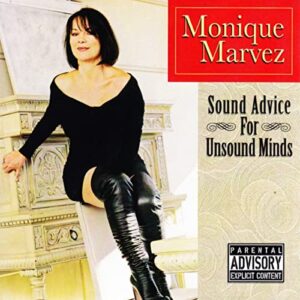 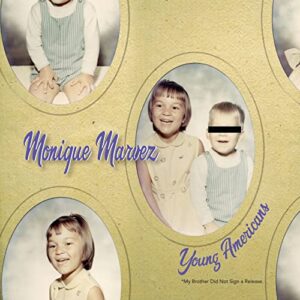